Showing posts from March, 2019
Show All

Check out the Top Three Titles for Jan-Mar 2019 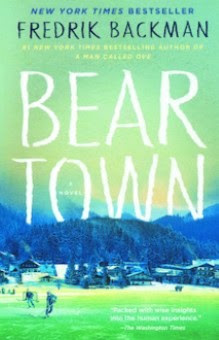 Do you have your copy? Order yours today! Beartown By Fredrik Backman Order #6250503 Indian Horse By Richard Wagamese Order #6552134 The Marrow Thieves By Cherie Dimaline Order #6110308 Here are our best selling titles for the secondary classroom for the first three months in 2019. The Marrow Thieves  by Cherie Dimaline won the Governor General's Award in 2017. The book connects the legacy of residential schools to a dystopian post-climate-change future where only indigenous people are able to dream. Indian Horse  by Richard Wagamese follows Saul Indian Horse from the lose of his family and home into a boarding school where hockey is his only salvation. Beartown  by Fredrik Backman tells the poignant story of a hockey town paralyzed by scandal. It follows the lives of three young people whose lives collide after an important game. This is a serious look at how the actions of one or two people can affect and entire town.
Post a Comment
Read more 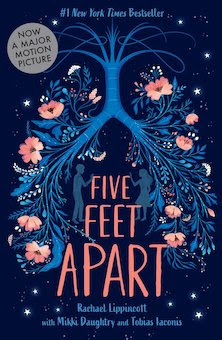 Five Feet Apart Llippincott, Rachael $20.98 Annotation:  Seventeen-year-olds Stella and Will, both suffering from cystic fibrosis, realize the only way to stay alive is to stay apart, but their love for each other is slowly pushing the boundaries of physical and emotional safety. Genre:   Love stories Catalog Number:  #171596 Format:  Publisher's Hardcover Soon to be a major motion picture starring Cole Sprouse and Haley Lu Richardson in March 2019! In this  New York Times  bestselling novel that’s perfect for fans of John Green’s  The Fault in Our Stars , two teens fall in love with just one minor complication—they can’t get within a few feet of each other without risking their lives. Can you love someone you can never touch? Stella Grant likes to be in control—even though her totally out of control lungs have sent her in and out of the hospital most of her life. At this point, what Stella needs to control most is keeping herself away from anyone or anyt
Post a Comment
Read more

Women's History Month: Mary Shelley, creator of "Frankenstein" Mary Wollstonecraft Shelley (1797-1851), was the author of the iconic 1818 Gothic novel,  Frankenstein : or, The Modern Prometheus . She was also an advocate for equality in an era when women had few rights. Born Mary Godwin to radical political philosopher William Godwin and women's rights activist Mary Wollstonecraft Godwin, the future   Mary Shelley was raised in an unconventional household of scholars and step-relatives. In 1812, poet Percy Bysshe Shelley befriended Mary's father; in June 1814, Shelley abandoned his wife and persuaded the 16-year-old Mary to flee with him to Europe, accompanied by Mary's 16-year-old stepsister. The trio's six-week tour down the Rhine River caused a scandal that took years to die down.   The bohemian household returned to England and spent a few years there; but, facing censure and the threat of debto
Post a Comment
Read more 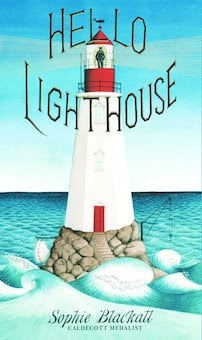 2019 ALA Award Winners Offer:  Purchase $150 or more of the 2019 ALA Award Winners from Perma-Bound and you'll receive $15 off. Purchase $450 or more of the 2019 ALA Award Winners  and you'll receive $50 off. Use promo code ALA19.  Promo Code may only be used once per customer. Click here  for the entire list of winners and honorees. Caldecott Medal The Caldecott Medal is awarded to the artist of the most distinguished American picture book for children. Caldecott Medal & Honor Books, 2019 (Includes Poster) Caldecott Medal Winners 1938-2019 WINNER Hello Lighthouse  by  Sophie Blackall HONORS Alma and How She Got Her Name  by  Juana Martinez-Neal A Big Mooncake for Little Star  by  Grace Lin Thank You, Omu!  by  Oge Mora The Rough Patch  by  Brian Lies Newbery Medal The Newbery Medal is awarded to the author of the most distinguished contribution to American literature for children. Newbery Medal and Honor Books, 2019 (
Post a Comment
Read more 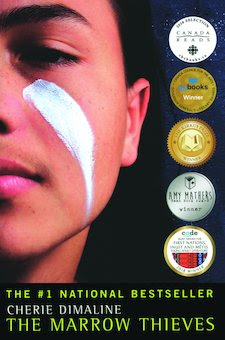 One of our Hot Titles!  Get your copy  today!  The Marrow Thieves Dimaline, Cherie Catalog Number:  #182091 Format:  Perma-Bound Edition Description:   Humanity has nearly destroyed its world through global warming, but now an even greater evil lurks. The indigenous people of North America are being hunted and harvested for their bone marrow, which carries the key to recovering something the rest of the population has lost: the ability to dream. In this dark world, Frenchie and his companions struggle to survive as they make their way up north to the old lands. For now, survival means staying hidden—but what they don't know is that one of them holds the secret to defeating the marrow thieves. Click here for more information Reviews: School Library Journal Starred Review Gr 8 Up In a dystopian future, a young Métis boy, Frenchie, comes of age while fleeing capture. Along with a group of Indigenous young people and their leader, Miig, they resist
Post a Comment
Read more
More posts